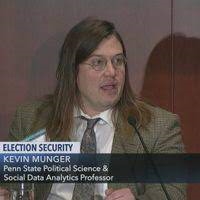 My book, Generation Gap: Why the Baby Boomers Still Dominate American Politics and Culture, was recently published by Columbia University Press. The book theorizes "Boomer ballast" as a major force in the 2020s and 2030s, a force directly in tension with the ephochal shifts in information technology.

My next book project is titled the The Supply and Demand Theory of Social Media, and it builds on my research on Twitter, Facebook, Twitch, TikTok and especially YouTube to advance a unified framework for conceptualizing and researching the flow of content on social media. The book proposal has been accepted at Cambridge University Press (Elements series) and has a tentative publication date in late 2023.

I have a blog discussing social science methodology, political communication theory and the practice of culture and politics --- and how the internet has changed each of them. Take a look!

Here's a "Mind Map" of my research so far, organized into four main sections. 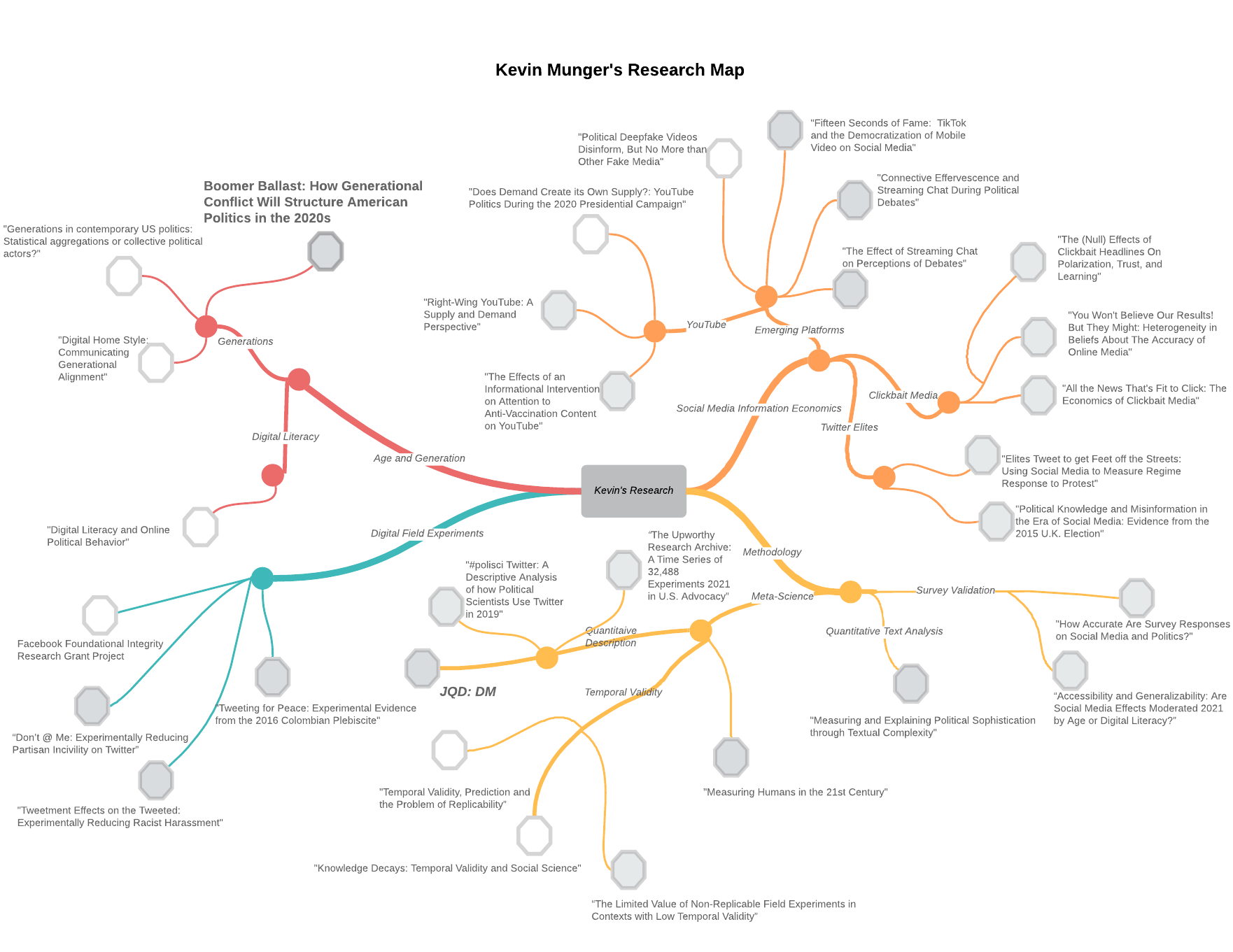 "Fifteen Seconds of Fame: TikTok and the Supply Side of Social Video" (with Benjamin Guinaudeau and Fabio Votta). Computational Communication Research , 2022

"The Effect of Streaming Chat on Perceptions of Political Debates" (with Victoria Asbury-Kimmel, Katherine McCabe, Tiago Ventura and Keng-Chi Chang). Journal of Communication, 2021

"You Won't Believe Our Results! But They Might: Heterogeneity in Beliefs About The Accuracy of Online Media" (with Jonathan Nagler, Joshua Tucker and Mario Luca). Journal of Experimental Political Science, 2021

"Political Knowledge and Misinformation in the Era of Social Media: Evidence from the 2015 U.K. Election" (with Patrick Egan, Jonathan Nagler, Jonathan Ronen and Joshua Tucker) British Journal of Political Science, 2020

"#polisci Twitter: A Descriptive Analysis of how Political Scientists 2020 Use Twitter in 2019" (with Jim Bisbee and Jennifer Larson) Perspectives on Politics, 2020

"All the News That’s Fit to Click: The Economics of Clickbait Media." Political Communication, 2020

"How Accurate Are Survey Responses on Social Media and Politics?" (with Andrew Guess, Jonathan Nagler and Joshua Tucker). Political Communication ,2019

"The Dumbing Down of the State of the Union? Trends in the Complexity of Political Communication" (with Arthur Spirling and Ken Benoit). In Can American Govern Itself? (ed. Nolan McCarty and Frances Lee), Cambridge University Press

The Rise and Fall of the Palo Alto Consensus The New York Times, July 2019

Temporal Validity for Philosophy of Science (with Adam Lovett)

I have taught several semesters of Introduction to Data Science, using both R and Python, as well many courses on Text as Data. Course materials are located on my github, and are free for anyone to use, either for teaching or learning.

R code for Text as Data

Course materials for Fall 2022 can be found here:

Course materials for Fall 2021 can be found here:

Course materials for Fall 2019 can be found here:

YouTube is awash with election misinformation — and it isn’t taking it down Vox, November 2020

Why the Trump campaign is going all-in on YouTube Vox, November 2020

Old, Online, And Fed On Lies: How An Aging Population Will Reshape The Internet BuzzFeed News, April 2019

Why Online Allies Matter in Fighting Harassment The Atlantic, November 2016